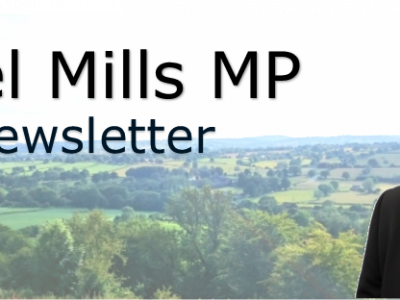 This week has seen a series of important votes on Brexit. The key votes were as follows:

Wednesday – Leaving with No Deal in any circumstances was rejected by 321 votes to 278, majority 43

Next week the Prime Minister will try for a third time to pass her deal. If she does so she will then seek a 3 month delay to the leaving date at the EU summit at the end of next week. If her deal fails again, she will then seek to agree a longer delay in accordance with Parliament’s instructions.

Tuesday – for the deal to leave on 29 March

Wednesday – against ruling out no deal

Thursday – against a 2nd referendum

Thursday – against extending the departure date

I have set out previously why I voted against the Prime Minister’s deal the first time around and set out that I would vote for her deal, despite other reservations, if I believed that the deal was changed to ensure that our future partnership could be based on a free trade deal and not customs union membership.  This week, reluctantly, I decided the deal represented the best, if not only, chance of delivering a real Brexit. This was for two reasons:

I have not changed my desire for us to leave the European Union and to do so properly so that we can run our own affairs in our own interests. I have always said that leaving with a good deal was the best option and if that wasn’t possible we should leave without one. It is now abundantly clear that our choice is accept the Prime Minister’s deal and leave by the end of June – there’s no way now Parliament could pass all the legislation needed by 29 March – or risk getting trapped into the single market and customs union with all that entails.

For those who ask me about a 2nd referendum – that was decisively defeated last night with more than half of MPs rejecting it. I cannot see there is any realistic chance of such a referendum taking place. I reiterate that it would be a hugely decisive vote that would damage our democracy and is very unlikely to give a clear outcome.

For those who say we can still leave without a deal – that would require the EU to refuse an extension or Parliament to vote against the legal measure needed. An extension requires all other EU members to agree next week so it’s possible they may not, or might only offer terms Parliament would not accept. I have to say that such outcomes are extraordinarily unlikely. There is a large majority in the Commons for an extension, and we know the Lords opposes Brexit.

The Prime Minister’s deal now represents the only likely chance of a real Brexit. I hope it passes next week.

The dates of my upcoming surgeries are: